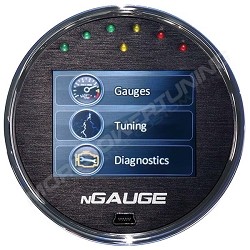 First, I’d like to thank MPT for hosting my blog entry. These guys are doing amazing things with F150s and have an impeccable reputation for building complete and reliable tunes.

Good tuner shops won’t tune a vehicle until they’ve at least had some seat time in it.

But great tuner shops won’t release any tunes to the public unless they’ve spent months driving multiple examples of the same vehicle on the street, on the dyno, at the track, and performed beta testing with their own staff and with a trusted circle of car savvy customers.

Not only this, but R&D should never stop, even after tuning is released to the public.

A great tuner shop is able to track reported trends from customers: “25 out of 100 customers called us to report that the 1­2 shift is too firm. Ok, let’s test and see if we can validate this claim, then revise the tune if necessary.”

Folks, I’m here to tell you: You won’t see this everywhere. It was important to me that I chose a custom tuner that specializes in the F150 platform and this is what made MPT an easy choice.

Note that they have a Dynocom dyno, so the numbers are going to read lower compared to a Dynojet and much more like a Mustang or Superflow dyno.

After we backed up our baseline pull with two more runs and data logged them with HP Tuners VCM Scanner, we went on to install MPT’s 93 octane tune, followed by 3 more pulls.

Our tunes were served to the vehicle through the HP Tuners nGauge, a really awesome piece of tuning hardware built in the USA. I wanted an experience far better than a handheld programmer (why spend $400 on a handheld brick that’s just going to sit in the glovebox until it gets lost?) and the HP Tuners nGauge really delivered. More on this in a bit...

We picked up 20 HP and 30 Ft Lbs of torque with just a tune. At this point, we are still running the stock intake. There were plenty of gains under the curve, too important because that’s where you spend most of your time in a daily driven vehicle.

My truck was running sweet with the MPT tune, but we weren’t done making power yet. It was time for everyone’s favorite, bolt on mod: A JLT Cold Air Intake!

After making the 3 tuned runs, I got to work and changed out my stock airbox for JLT’s True Cold Air kit for my 2012 F150 Lariat 5.0 while MPT worked on a custom tune specifically for the JLT kit.. This took all of 10 minutes and it was an easy, drama free installation.

Now, some people will tell you that they like cold air kits that simply “drop in” and don’t require tuning to run properly, but I’m here to tell you: Tuning + CAI = a good thing.

If you’re metering enough air to cause a need for recalibration, that means the JLT Cold Air intake is doing it’s job. But will that translate into actual HP and Torque?

We’re about to find out, because my truck is still strapped down to “The Lie Detector”.

Mike at MPT loaded their JLT MAF transfer function onto their 93 octane tune using a paste function in HP Tuners VCM Suite, then made some more changes specific to the JLT intake saved a new custom file and exported the file to the HP Tuners nGauge.

Once we flashed the MPT’s JLT tune in with the nGauge, my truck started and idled perfectly. No additional revisions were required to the MAF transfer function, so we moved on to making power. (This was also the very moment when I looked at Mike, dumbfounded, because I remember spending hours fighting with MAF transfers in the past, chasing a choppy idle and this guy just did it perfectly in twelve seconds). Years of R&D goes a long way.

On the stock tune, power drops off radically after 5400 RPM.

Check out these gains, plus the power curve was extended to nearly 6800 RPM.

(On the modified run, you don’t see readings until 3K RPM because that’s when the run started)

Not only did my truck make more power, it sounded different. Not all loud and obnoxious, but definitely more authoritative than before, and in a very noticeable way. You could hear the 5.0 breathing deep, a sound the stock airbox almost completely stifles­­probably to keep old people happy while they drive 43 MPH with the cruise control on.

After a few drivability tests and some more data logging on the dyno, I took the truck to the streets and went for a rip.

This is just a JLT Cold Air intake and a tune? On a gas powered truck?

I pulled out of MPT’s lot and casually punched the throttle to around 50%, breaking the tires loose before gaining traction and taking it to around 80% throttle as the truck seemingly jumped forward during the 1­2 shift. That sure as hell wasn’t stock! Downshift delay is now nonexistent.

And I can hear the JLT intake breathing deeply: It almost sounds like the truck has a catback exhaust ­­that’s how throaty it is. It’s whisper quiet at less than 25% throttle, but as soon as you put a load on it, it lets you know with a very satisfying sound.

And there was nothing weird: No clangs, clunks or rattled teeth, just a deep breath and an authoritative lunge forward during the shift. I stepped on it again and realized the throttle feel almost twice as sensitive as before and that I had to adjust my driving to keep from doing a burnout when taking off from a stop. Horsepower and torque gains can be felt on the foot dyno,

butt dyno (not to mention: hard proof on the chassis dyno). The transmission seems to already know what I want before I want it, and that’s no easy task with the 6R80 transmission.

The 6R80, which comes in the F150, Mustang GT and a host of other Ford vehicles is a 6 speed automatic transmission. It’s planetary gear design can provide more gears with less components ­­but this design is a bit more complex to tune, and many tuner shops still haven’t mastered it.

As someone who took pride in drivability back when I as tuning, I’m here to tell you:

MPT has the 6R80 down to a science. The shift pressure is nearly stock at light throttle and gets progressively firmer the more aggressively you drive. Not only this, but the shifts occur more quickly and with more authority, while the upshift and downshift schedules are more like they should have been from the factory.

Want to floor it and actually get into the powerband? Now you can, with MPT’s optimized downshift points, it not only downshifts more quickly, but depending on when you slam the throttle, it drops you into a lower gear than before for a more aggressive pull through the gears. HUGE SEAT OF THE PANTS GAINS.

This is not only more fun for you, but it makes it easier for your tuner shop to dial in your tune. Try that with a handheld in your glovebox, the stock airbox and canned tunes…

The equation for a more fun in your F150 is as simple as it gets: